To develop and implement a communication plan so that the BCRA may build and maintain a good reputation, while providing easy and democratic access to information in an attempt to hold a transparent dialogue with different types of audiences.

To lead and coordinate activities related to BCRAs public relations and protocol, and to promote its actions, culture, values and historical heritage among different types of audiences.

Fernando Alonso is a journalist. He received a US Department of State's scholarship for "Economic Journalism in the U.S. (FY-2010 WHA Regional Project). He also completed trainings on Journalism at the National Atomic Energy Commission (Comisión Nacional de Energía Atómica, CNEA), and on Economics for Journalists at Universidad Argentina de la Empresa (UADE). In 1988, he took part in the Third Conference for Latin American Journalists.

He was a columnist in the Economics area for the news television channel C5N. Previously, he served as News Director at BAE Negocios, and Editor in Economics at El Cronista Comercial. He also hosted the radio program Precisiones broadcasted by Radio Palermo. He served as Press Officer at the Argentine Secretariat of Industry and Services in 2005, and previously, as Chief Economic Advisor at Agencia Infosic Argentina, and Journalist and Editor at Télam news agency. In addition, he worked at the Press Office of the National Government House between 1984 and 1991. 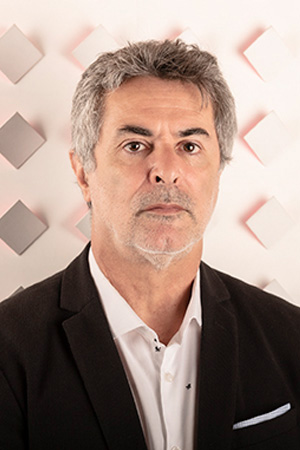