To lead the analysis, making and spreading of monetary statistics of the financial system as well as the foreign sector.

He holds an undergraduate degree in Economics from Universidad de Buenos Aires (UBA).

In 2013, he took the position of Foreign Sector Statistics Manager at the BCRA. Since then, he has been in charge of analyzing foreign exchange market statistics, forward markets, and surveys on foreign assets and liabilities from the private sector in order to inform their evolution and prepare historical and forecast reports on the market, foreign exchange balance, and foreign liabilities. Before then, he had served as Foreign Exchange Statistics Deputy Manager in the Foreign Trade and Exchange Management Office, where he had previously held the positions of Head and Analyst. He joined the BCRAthrough a competitive selection processin 2003 as Assistant in the Foreign Trade and Exchange Management Office.

Furthermore, he is the BCRA representative in statistics matters before the following institutions: the National Statistics System; the International Monetary Fund (IMF); the Organization for Economic Co-operation and Development (OECD); the Bank for International Settlements (BIS); the World Bank; and the United States Federal Reserve (FED). 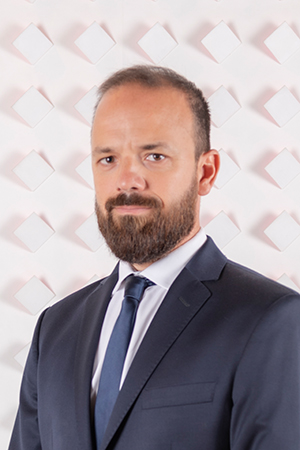