To ensure compliance with the procedures and policies implemented by the BCRA for preventing, identifying and reporting such transactions that may be related to money laundering and/or terrorist financing. To send documentation about suspicious transactions to the Financial Information Unit (UIF) in accordance with the applicable legislation, and to make any other filings with such agency as may be required.

Bachelor in Economics (Universidad Nacional de La Plata, UNLP), and Master in Provincial and Municipal Public Finance (thesis pending submission) (School of Economic Sciences, UNLP) (1999). Vice President of the Financial Information Unit (Unidad de Información Financiera, UIF) (2014-2015), and member of the Advisory Council to the UIF on behalf of the BCRA (2010-2014). Category IV researcher (UNLP) (since 2005). Associate professor of Microeconomics at Universidad Nacional Arturo Jauretche (UNAJ) and UNLP. Author of several articles subject to peer-review, both at national and international level. Co-author of books on Economics (Universidad de Buenos Aires, UBA) and Macroeconomics (UNLP). Lecturer at different national and international courses, conferences and seminars on money laundering and terrorist financing. Accounting analyst consultant for the Reconquista River Basin Environmental Sanitation Program (2016-2017). Researcher professor at Universidad Atlántida Argentina (since 2017). Senior consultant for the Multidisciplinary Training Laboratory for Technological Research (2009). Advisor to the Directorate General for Administration of the Ministry of Infrastructure of the Province of Buenos Aires (2008-2009). Economic advisor to the National Antitrust Commission (2006-2007). Consultant for the United Nations Development Program (UNDP) for the Reform of the Public Sector of the Autonomous City of Buenos Aires (2006). Senior economist at the project Foreign Trade of the Province of Buenos Aires: Outlook for the Productive Sector in the New Macroeconomic and International Business Negotiations Context, under the direction of Jorge Carrera, Federal Council of Investments (Consejo Federal de Inversiones, CFI) (2004-2005). 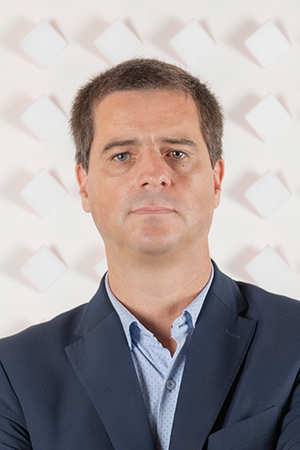